It's not everyday you can say that you've been hanging out with an F1 driver and this was no "ordinary" Grand Prix driver but a former double F1 World Champion! But that's exactly what I did when I joined Fernando Alonso for his début test in the United Autosports' Ligier JS P217 ahead of the Rolex 24 at Daytona in January.

I first came to Aragon last year when I was starting in LMP2 with Tockwith, so I was familiar with the track, but it was different in the respect of slightly different set up and more organisation from the team.

It was great to see Fernando as he’s going to be my team-mate at Daytona, so it was good to get to spend the day with him, to see what he’s like and the way he goes about things. We’re getting up to 303kph with full aero so I think it’s actually quicker than at the Paul Ricard test to be fair. I’ll be back here next week for the Dunlop test, then that will be it. Not long now to wait! 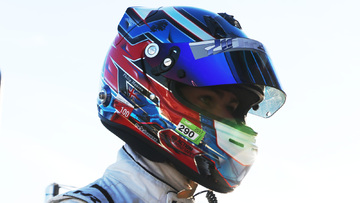