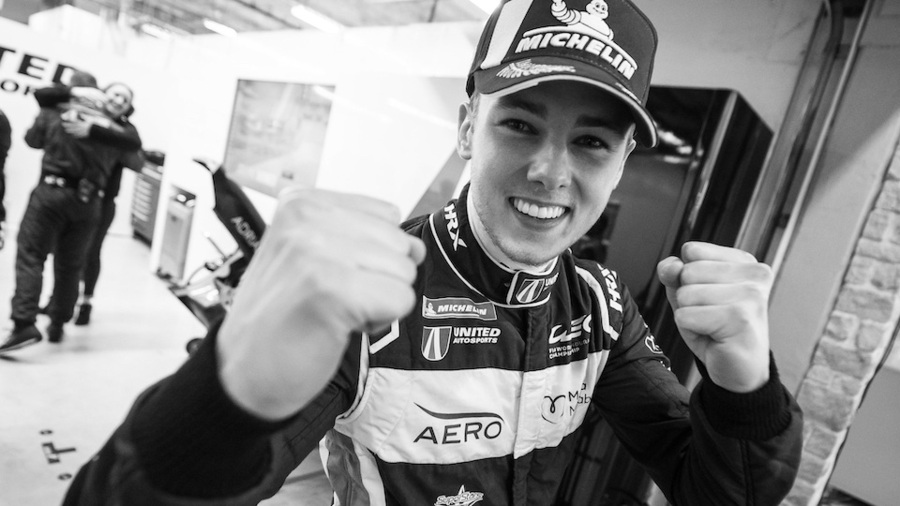 It was so good to get to Austin on Wednesday and go to the track on Friday morning. It had been almost 70 days since I’d been at a race track. Of course it was nice to spend family time at Christmas and over the New Year but I was  itching to get back racing, especially after our win in the previous race in Bahrain.

We had the usual ‘signing on’ and scrutineering on Friday and in the afternoon, I got my first look at the Circuit of The Americas doing the track walk. It was my first time here and United’s first as well while Paul had raced here in F1 twice and Filipe had a WEC race at Austin under his belt from 2016.

My initial reaction to the track was that it was very cool – that certainly applied to the temperature which was bitterly cold. Construction began in late 2010 and it’s great that a ‘new’ circuit like CoTA has such elevations – the trend is often to have a circuit with no undulations. It opened in 2012 and the 3.4-mile track has 20-corners and runs anti-clockwise. The incline into Turn 1 is massive while parts of the track had been resurfaced following complaints from MotoGP and F1 drivers last year.

When the WEC cancelled our race in São Paulo and replaced it with CoTA, they made it a two-day event on-track so Saturday’s programme was very condensed. Filipe, Paul and I left our hotel in downtown Austin at 6.30am as FP1 began at 8am knowing that it was paramount we all got a good understanding of the track very quickly.

Unfortunately, I didn’t nail things on Saturday. Normally, at a new track, I’d expect to be on the pace pretty quickly. I struggled to be on the same pace as Filipe and Paul who admittedly had previous CoTA experience and it wasn’t helped by unusually having two practice sessions and qualifying on the same day. With the compact nature of Saturday’s timetable, little time was available for me to analyse where I was losing out which was very frustrating.

Both practice sessions were messy for me and I was disappointed with my performance in quali. Filipe and I did it and I lost time due to traffic on my [flying] lap, another LMP2 car exiting the pits in front of me and driving slowly on the racing line – Sector 1 was always a good one for me. I carefully looked through data late into Saturday evening and spoke with Filipe and Paul in an attempt to resolve these issues in time for the race.

Paul made a great start but then he quickly encountered tyre issues. Our strategy was that he used the set of tyres that Filipe and I had used in quali the evening before. But it was evident, almost immediately, that he was struggling in terms of grip due to a small issue. He’d slipped to seventh with just over an hour gone when our engineers Gary [Robertshaw] and Dave [Greenwood] cut his second stint short – around 11-laps earlier than scheduled – for me to take over. This locked us into an extra pit stop compared to most. In hindsight, this was a perfect decision and won us the race.

Suffering from the same issue as Paul but on a new set of tyres I was able to get the #22 into the lead approaching one-third distance. An adjustment in the second stint at my fuel stop solved the problem and my second stint wasn’t bad. I again worked us back into the lead before stopping, just short of three-hours, for Filipe to take over. On paper looking at my lap times, they weren’t anything special but considering the issues, they weren’t as bad as they could have been.

I guess it was from mid-race where our [tyre] strategy began to pay off. The #22 had amazing pace for the remainder of the race due to having tyres available that were ideal for the conditions while many of our rivals found themselves with either tyre issues or having to fuel save.

Paul was back in the car for almost the final two hours and even with the fuel splash we knew we needed to make near the end, we ran out winners by over 20secs. The entire United team played its part in this victory with flawless pit-stops and great reliability from the Oreca.

This victory at Austin was very different from our previous win in Bahrain. That one was pretty much straight forward but at CoTA, it was a real rollercoaster of a race for our #22 United Autosports Oreca. It’s of course great to get a second consecutive win and is a fantastic start to the year. Our fourth consecutive top-three placing earns us the championship lead, by a mere 4pts, so there’s a lot more to do starting next month at Sebring.

Unlike Bahrain and CoTA, I’ve previously raced at Sebring, two years ago in the IMSA race at the wheel of United’s Ligier with Paul and Alex Brundle. It was only my second race with United, having competed at Daytona two months earlier and it’s incredible to think that Sebring marks my 27th race with them since January 2017.

It’s great to get a second consecutive win and is a fantastic start to the year. Our fourth consecutive top-three placing earns us the championship lead, by a mere 4pts, so there’s a lot more to do starting next month at Sebring.