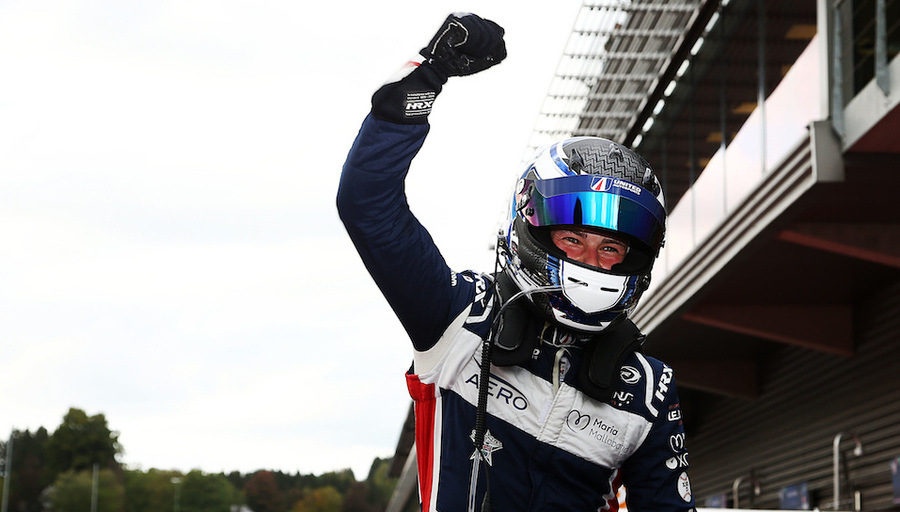 It’s not often one of the most over-used and overrated words in the English language can justifiably be applied but I suggest in the case of the latest European Le Mans Series race, I am vindicated in using the word ‘dominant’ when it comes to our performance.

The #22 Oreca was fastest in both free practice sessions in Belgium, by over one second and by over half a second in each case. Filipe set a simply extraordinary lap in qualifying to secure pole by a staggering 0.739secs, we won the 4 Hours of Spa-Francorchamps, while I set the fastest race lap by over 7/10ths in my 61-lap total stint.

We learned after the race that it was the first time in over three years that a car has been fastest in each session only to go on and win the race. So not a bad day in the office!

It was obviously extremely pleasing for me personally but it was also a very timely reward for the United Autosports team who had worked incredibly hard to initially get our new Oreca ready for its Silverstone début last month, and since then, strip and rebuild it.

You may recall we’d topped free practice there, qualified on the front row, only for an electrical gremlin to sideline us early on. So it was really, really good to give the guys something to celebrate – United’s first win with the Oreca chassis, our first win of the season, and a repeat of our Spa win from last year.

From a personal point of view, I rate Spa as my best performance in a sports-prototype to date, it being my 27th race in an LMP2 car. This claim is backed up having now had the chance to look over the data like stint averages.

There’s no getting away from the fact that I felt down and depressed after what happened at Silverstone. Everyone at United were devasted too, especially taking into account as to what happened 24 hours later in the WEC race. They’d worked tirelessly since Silverstone to give Filipe and I not only a competitive car once again but one that was as bullet proof as humanly possible to build. They rebuilt the car from scratch again, every single component meticulously examined and tested in great detail. Hat’s off to them!

But we had to work for our Spa victory, it wasn’t delivered to us on a plate, which makes it all the more satisfying, as Filipe picked up a puncture, cancelling out a 15secs lead advantage and lost further time with the red light at pit exit not allowing him to re-join during the Safety Car period.

But great strategy from the pit-wall brought us back into contention while I was also very happy with the way I brought down the gap to the leader from 20secs to 6secs before they had to serve a penalty near the end.

Filipe and I are now only too aware that we have the tools to deliver regular podiums with the Oreca so the onus is definitely on us to get the job done. I’m now eagerly looking forward to Fuji, our next race in less than two weeks that sees us back in WEC action before the ELMS finale at Portimao.

Our #22 WEC Oreca left for the Far East this week having been fully stripped back to a bare chassis and rebuilt. I’ve raced at the Fuji International Speedway twice, most recently last December in the Asian Le Mans Series. Paul Di Resta and I finished second, having started from pole, which ultimately helped us to win the series outright, so fingers crossed we’ll at least be on the podium again this time.

We learned after the race that it was the first time in over three years that a car has been fastest in each session only to go on and win the race. So not a bad day in the office!

PHIL DOUBLES UP AT SPA IN STYLE