My new team for 2018, United Autosports, had a successful two-day test at Paul Ricard in Southern France on 8 November. I teamed up with regular pilot Filipe Albuquerque in a Ligier JS P217.

We concentrated on refining the JS P217, but also clocked some good lap times and managed to gather some important data for the 2018 ELMS programme.

The test was particularly good as I managed to gain further mileage at the 3.63 mile Le Castellet circuit in advance of my début at Daytona in January.

"It’s been another good, productive and positive test. I did around 400-miles over the two days and my fitness is looking good which is good to know looking ahead to the 24-hour race at Daytona. It was the first time I met Lando who I’m sharing the car with at Daytona. We spent time together out of the car so that was good as well. I’m moving forward with every test and already feel very at home with the United team.” 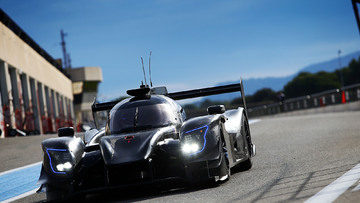 Valuable track time gained at the Roar Before The 24