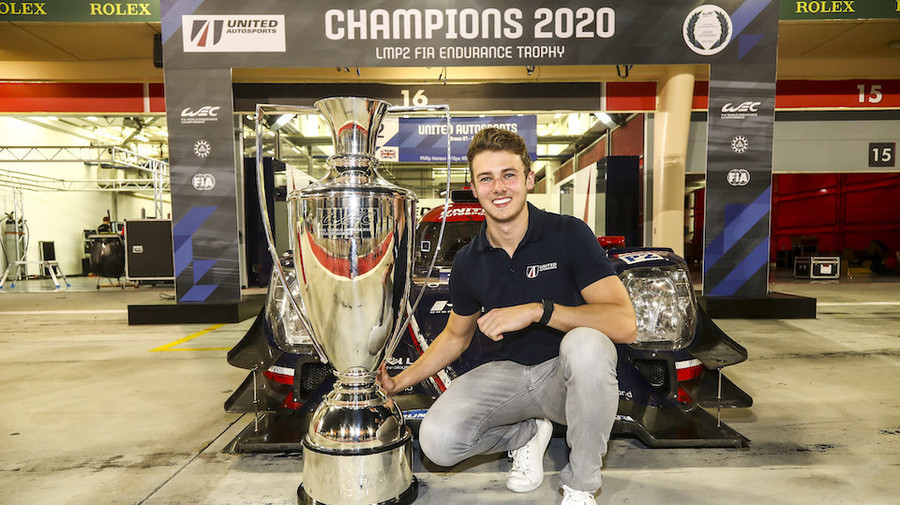 Phil Hanson brought the curtain down on a phenomenally successful year of racing when the young Briton finished fourth in Bahrain (14 Nov).

The 21-year-old from Sunningdale, Berkshire, along with co-drivers Paul Di Resta (GB) and Filipe Albuquerque (POR), came home less than half a minute behind the class-winning car in their United Autosports Oreca sports-prototype.

The trio started the race from pole-position after a fantastic qualifying session by Phil and Paul, marking their fourth WEC “pole" and the team's eighth consecutive LMP2 “pole".

Their #22 suffered a fuel pick-up problem moments prior to one of their pit-stops, losing around 50 seconds as the car coasted down pit-lane. They finished fourth by 28secs behind the winning car.

Hanson’s latest success in the 8-hour event brought the Briton’s final tally of victories to four in the eight-race WEC series along with two third-place finishes. Phil claimed the WEC LMP2 title in his maiden full WEC season by winning the Le Mans 24 Hours for the first time in the previous WEC race.

Phil said: “It’s amazing to think how far we have come from a DNF at Silverstone and winning Le Mans and the championship. I’m so happy to be part of a great team with great people. The relationship has been longer than just this year though, it's been three seasons. Lots of changes throughout the time with United but I’m just really happy to be part of such a great team.”