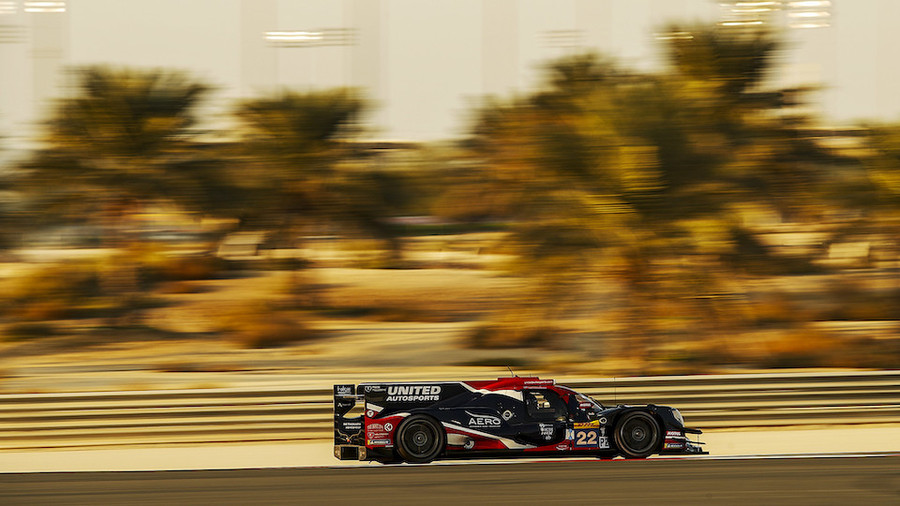 Only fourth-place in Bahrain was a shame taking into account Filipe, Paul and I had taken our #22 United Autosports Oreca to victory in the previous four races in Bahrain, CoTA, Spa and Le Mans. We clearly had the pace to win in Bahrain again as Paul and I had taken pole-position, like we had done last year, despite it not being my greatest-ever lap – it was still good enough to secure pole by over one-second on combined times.

We headed into the eight-hour race with a strong, fast car but we were ultimately surprised by the pace of the #37 and #38 Goodyear shod cars, which made it a tough race and not helped by some self-inflicted pain.

At the start, Paul pulled away but the #37 & #38 came back at us although we held a seven-seconds lead with one-hour gone. Our #22 was two-secs down on the leading #37 after two-hours, 12secs on three-hours but only one-second separated us at mid-distance.

We were mysteriously losing at least three-seconds at each scheduled pit-stop to our rivals and had been a little conservative on tyres when I took over from Paul in the first half of the race. I lost time when leading after the car had a monumental “snap” causing a spin, thankfully without contacting anything, but it cost us valuable time. We were third, 13secs behind after five hours, but fifth with two-hours to run, after we’d got a harsh five-seconds pit-stop penalty after a pit-lane indiscretion. But Paul suffered a fuel pick-up issue which resulted in him coasting slowly into the pits from the second to last corner which delayed us by almost one-minute. When all these little time-consuming issues were added up, it’s easy to see why we finished 28secs behind the #37 at the chequered flag.

So, it was disappointing not to finish our 2019-20 WEC title winning season on a high with our fifth win of the season, or even our seventh podium – from eight-races, but overall looking back, we’ve got away with a few things in other races so it was almost inevitable that we’d get a race like this one day.

But it was still time to celebrate after the race in Bahrain, being awarded the silverware, and reflecting on what had been a strange, in many respects, but very, very good season. It’s been an absolute pleasure to work with Filipe and Paul and, of course, United Autosports. They’ve been hugely professional throughout and the team fully deserves the WEC title and its first Le Mans victory.

It was still time to celebrate after the race in Bahrain, being awarded the silverware, and reflecting on what had been a strange, in many respects, but very, very good season. It’s been an absolute pleasure to work with Filipe and Paul and, of course, United Autosports.