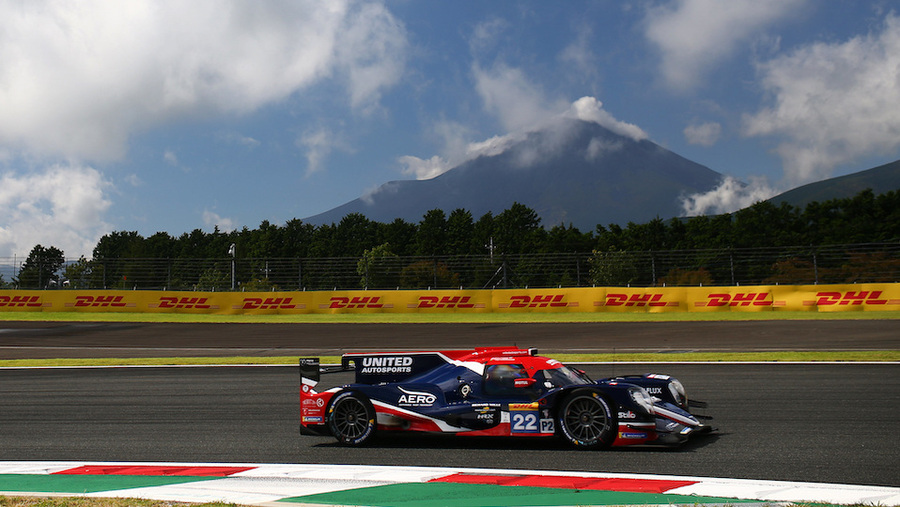 Phil Hanson scored his first podium finish of his career in only the second round of the 2019-20 FIA World Endurance Championship when his United Autosports Oreca was classified a magnificent third in the 6 Hours of Fuji on Sunday (6 Oct).

Hanson remained fourth having taken over #22 on 93mins from Albuquerque but charged into third place at one-third distance before stopping for fuel (2hr 19m). Phil resumed third, less than eight seconds off the lead, and produced a driving masterclass, closing to within 2secs of the lead on the slippery track caused by light rain approaching mid-distance and into second (2hr 49m) when the leader spun. But the race turned in an instant for #22 when it coasted to a stop moments later, Hanson losing over 30secs completing a power cycle and dropped to fifth before #22 made two pit-stops within 10mins of each other.

Jarvis took over (3hr 2mins) resuming on “inters” prompted by drizzle but returned for slicks (3hr 12m) as the track quickly dried with Olly setting the car’s fastest lap. Albuquerque was back in for the final 82mins, Filipe moving into fourth place with 24mins remaining. Their #22 Oreca moved up a place in the final classification when another car was disqualified.

Phil comments:
“I’m delighted to get my first ever WEC podium finish and open our points tally. Filipe struggled at the start as he couldn’t get the tyres up to temp which has been our main issue all weekend. That caused us to lose places and drop well behind the leader. I took over and managed to have a similar pace to him and was slightly quicker than everyone else. I got up to second and was putting pressure on the leader but almost immediately had an electronics issue which then reoccurred later for Olly and Filipe.

But because of our strong line-up, we were able to rescue fourth which was the best that we could have hoped for having lost at least 90secs with these problems. We need to do our homework and find out what went wrong. I got redemption from Silverstone in qualifying. I made two mistakes there, on both my tyre runs, but here I was within a tenth of Filipe’s fastest time on ‘mediums’ here in Japan which was very pleasing for me.”

I’m delighted to get my first ever WEC podium finish and open our points tally. I was also able to get within a tenth of Filipe’s fastest time on ‘mediums’ here in Japan which was very pleasing for me.