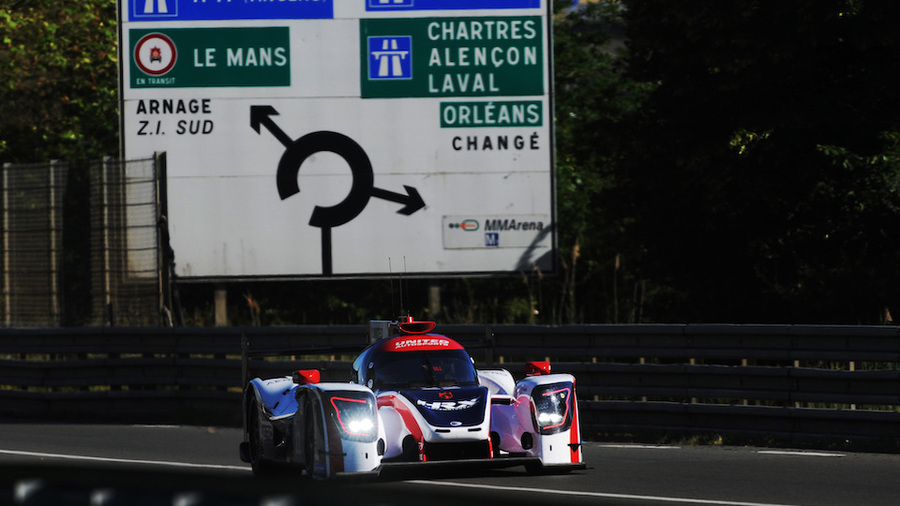 The 19-year-old, who races a United Autosports Ligier in the LMP2 category with Filipe Albuquerque (POR) and fellow Briton Paul Di Resta, will be making his third Le Mans race appearance having made his début two years ago.

Their #22 Ligier set the 15th fastest LMP2 time around the 8.47-mile circuit featuring closed public roads but the day was more about achieving a base set-up so that the car can be fine-tuned for the unique nature of the ultra-fast road course during race week itself. Hanson became the youngest overall finisher in the history of the world-famous event in 2017 when he placed 11th. Today was the one and only opportunity the invited 62-car entry for the 87thrunning of the race could experience the track prior to race week.

Phil, who earlier this year won the Asian Le Mans Series outright, stays on at Le Mans to “shakedown” the #22 Ligier on the Le Mans “Bugatti” track on Tuesday. Following today’s eight-hour test, the Ligier will be stripped and rebuilt with new components ready for the opening four-hour practice session on Wednesday 12 June prior to the first qualifying time trials later that evening. Scrutineering and administration is staged during the afternoon of Monday 10 June. The race is held on 15-16 June.

“It’s been a really strong day for the #22 today. Filipe ended the opening four-hour test in P1 and while we slipped down the timesheet during the afternoon, we’ve concentrated on long-runs and continued on full-tank runs for the majority of the time. So taking everything into account, it’s been very encouraging. Overall, I believe we’ll be in a good place when we head back out onto the track when race week gets underway.”