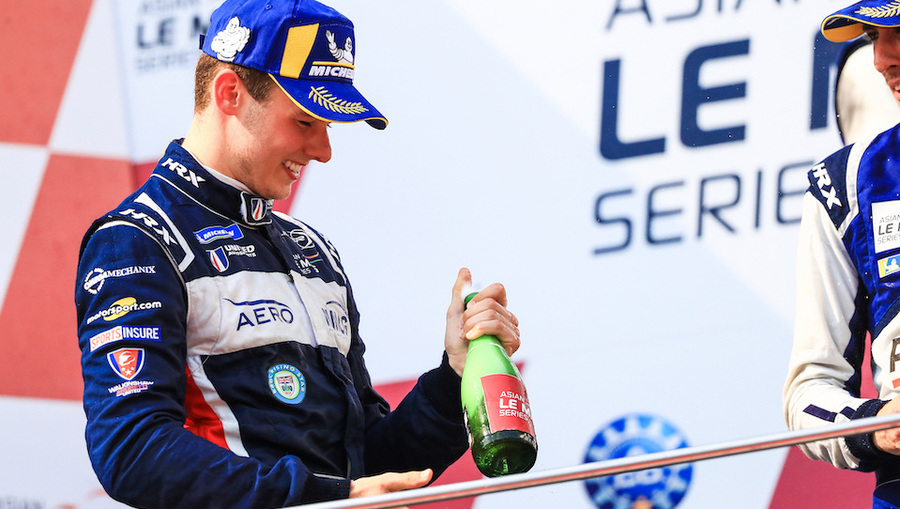 Phil Hanson brilliantly earned himself the overall Asian Le Mans Series title when the British teenager along with co-driver Paul Di Resta placed their United Autosports Ligier JS P2 second in the fourth and final round at Sepang today (24 Feb).

A win in Thailand combined with second places in China and Japan saw them finish 11-points ahead in the title race to secure the Anglo-American team the title at its first attempt, a stunning performance that crucially also earns United a coveted automatic Le Mans 24 Hour race entry for this year.

With the ambient temperature once again above 30ºC, Phil started from the front-row for the third consecutive race, and ran P2 in the opening laps but took the lead 14mins into the race when the pole-sitting #8 was adjudged to have jumped the start and was given a penalty.

At one-quarter distance and following all opening scheduled pit-stops, the #22 led by 45secs. With almost 90mins on the clock and the #22 with a very healthy 51secs lead, the Safety Car was deployed with a car momentarily stationary on the track. Hanson pitted to Di Resta, the Scot resuming P3 but was P2 at mid-distance.

Hanson, who became the youngest Asian LMS champion when he claimed the LMP3 title in the 2016-17 season, was back in the #22 Ligier with 102mins remaining still P2. But the BRDC SuperStar had to serve a 20secs time penalty at a pit-stop late in the race for an earlier pit-stop infringement while Di Resta, in the #22 for the final 14mins, took the chequered flag 103secs behind the winning #24.

Phil Hanson: “Very happy to have achieved our goal of winning the championship and a Le Mans entry but disappointed in not doing it with a second consecutive race win. The start and opening phase of the race was really good for me and I pulled out a good lead, over 50 secs to #8 and almost 90secs to our #24 title rivals before, in my opinion, a relatively uncalled for need for a Safety Car destroyed our strategy. We picked up a pit penalty when a wheel nut rolled on the floor during a tyre change and so after that we coasted home to the finish. I managed a good lap in qualifying having gambled on a car set-up for that time of the day and track conditions based on what we’d learned from Friday’s practice. ”

Paul Di Resta: “We’ve won the title but also the series was about me helping to develop Phil as much as I could in preparation for ELMS, Le Mans and WEC during the coming year. He’s consistently produced excellent performances in the four events.”

Zak Brown, Team Owner and Chairman, United Autosports:
“Massive congratulations to Phil and Paul who secured the team a Le Mans entry which is magnificent news. They’ve had an awesome season and I’m proud as to what they have accomplished.”

Richard Dean, Team Owner and Managing Director, United Autosports:
“Our aim was us to get Phil well-prepared for the forthcoming ELMS and then WEC seasons this year and that was achieved. #22 had it all under control in terms of the race win before the first Safety Car appeared and wiped out our massive lead over the #24.”

“Very happy to have achieved our goal of winning the championship and a Le Mans entry but disappointed in not doing it with a second consecutive race win.” 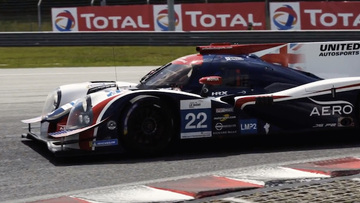