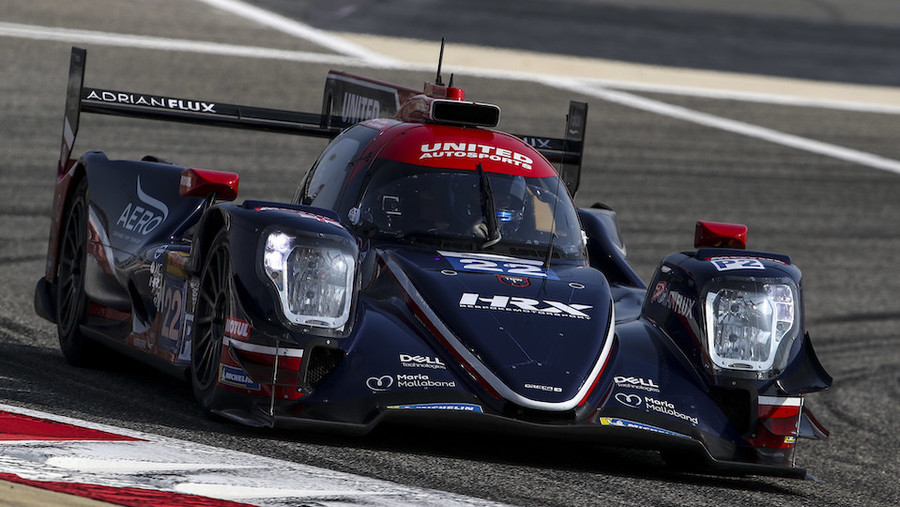 Such has been the frenetic pace of this year’s condensed motor racing year due to the worldwide COVID virus, Phil Hanson is only now able to reflect on what has been an unbelievably successful and history-making 2020.

In terms of this year’s truncated season Phil, from Sunningdale, Berkshire, achieved his three, pre-season goals in stunning style. Having only turned 21-years-old two months earlier, Phil won the Le Mans 24 Hours for the first time – the pinnacle of sportscar racing for a driver. Phil’s victory in the United Autosports entered Oreca earned him the 2019-20 FIA World Endurance Championship LMP2 title – becoming the youngest-ever WEC champion in his first full WEC season – with still a race remaining.

A mere three weeks later, at Monza in Italy, Hanson secured the 2020 European Le Mans Series title – again with one race still to run. And with eight events crammed into 17 weekends consisting of 58-hours of racing since the resumption of action in mid-July, Phil can now finally relax and take stock of his incredible achievements in which no other driver has ever won the unofficial sportscar “triple crown” as well as looking ahead to 2021.

Hanson, who only began racing in 2016, contested his 40th LMP2 race in Bahrain earlier this month – his 56th career race start. Racing for United Autosports for a third-consecutive season with Filipe Albuquerque (POR) in ELMS & WEC, with the addition of Paul Di Resta (GB) in WEC, their #22 Oreca swept to double title success with Hanson becoming the youngest British driver to win LMP2 at Le Mans.

“I now finally have the time to reflect on my success. Of course the aim was to win ELMS, WEC and Le Mans when we set out at the start of the respective seasons but to actually win all three, in the same season, is amazing. ELMS was a fantastic season. It was shortened, five instead of six rounds, a second Ricard race taking the place of Barcelona, due to COVID, while Silverstone was missing from the calendar. That was a shame as I enjoy both the Spanish and English tracks. Three wins, two thirds and a fastest lap was pretty amazing, our non-victories being the result essentially of punctures. Filipe and I finally won the title by a healthy 39-points from the ‘sister’ #32 United Autosports car.

“We also had an incredibly strong run in WEC. We swapped from the Ligier to Oreca chassis for the opening round of the 2019-20 season at Silverstone in September ’19 but an electronics issue caused an early retirement and we struggled with a few issues due to pure bad luck, recording third-places in the next two races in China and Japan. But consecutive wins at Bahrain, CoTA, Spa and ofcourse at Le Mans, was pretty incredible.

“We were 26pts adrift of Racing Team Nederland after Fuji and still 21pts down on them after Shanghai in sixth spot. Our Bahrain win last December moved us up to second-place in the standings, three-points behind the Jackie Chan DC Racing guys, before we took the championship lead at CoTA in February. Victory at Le Mans secured the Drivers title for Filipe and me, unfortunately Paul lost out due to missing Fuji, while United also wrapped up the Teams Trophy in France. In the end we secured the titles by a strong 38-points.

“Winning Le Mans gave me the most satisfaction this year. I made my 24 Hour race début there in 2017, finishing ninth in LMP2 with Nigel Moore and Karun Chandhok and have had Filipe and Paul as team-mates for the past three years, finishing fourth last year. It’s obviously my biggest race of the season, for the majority of sportscar drivers I’m sure, which brings huge mental, emotion and stress with it being one race with so many variables that can go wrong.

“I was also especially pleased with my performance at Paul Ricard for the third ELMS race at the end of August. I was out on slicks in very wet conditions and was killing myself to keep the lap times as quick as I could, taking immense risks and having race-ending moments on the track from massive snaps when hitting damp patches. We’d made the wrong call on tyres but it was in my next stint when the other cars had gone onto slicks, on a greasy track, and there was a point when I was seconds quicker than anyone else. I was in a really good rhythm on new slicks, recovering from the back of the pack, and well within my comfort zone. I was a minute down on the leader after Hour 1, and by the time the strategy had played out and Filipe had taken over, we were back in 2nd. Filipe ultimately closed the gap on the leading #26 in the closing stages and took the lead with 4mins remaining. Having led the early stages of the race, falling to near last place and coming back through to take a win when we thought all had been lost was definitely my ELMS highlight this year.

“In WEC, my final stint at Le Mans were pretty special. I got in the car thinking it was a case of bringing the car home but with Safety Cars and Slow zones, it brought the JOTA car back into play so I had to push to the limit – not knowing they also needed to stop again near the end for a splash. It was an all or nothing two quali-esque laps, taking risks in traffic, thinking the Le Mans win was on the line.

“It’s such a shame there were no spectators at our races. It would have been awesome to look down into the pit-lane from the Le Mans podium, for example, seeing all of the fans celebrating our success. That also applies to my father [Dick] not being present. After attending CoTA in February and directly due to the COVID epidemic sweeping the world, he stayed at home and didn’t attend another race. Up until then, he’s been ever-present at my races throughout my career. I’ll be a ‘Gold’ graded driver next year which changes some things so we’ve to look carefully at all of the options with this scenario in mind for 2021.”

It’s such a shame there were no spectators at our races. It would have been awesome to look down into the pit-lane from the Le Mans podium, for example, seeing all of the fans celebrating our success. That also applies to my father [Dick] not being present. After attending CoTA in February and directly due to the COVID epidemic sweeping the world, he stayed at home and didn’t attend another race. Up until then, he’s been ever-present at my races throughout my career.