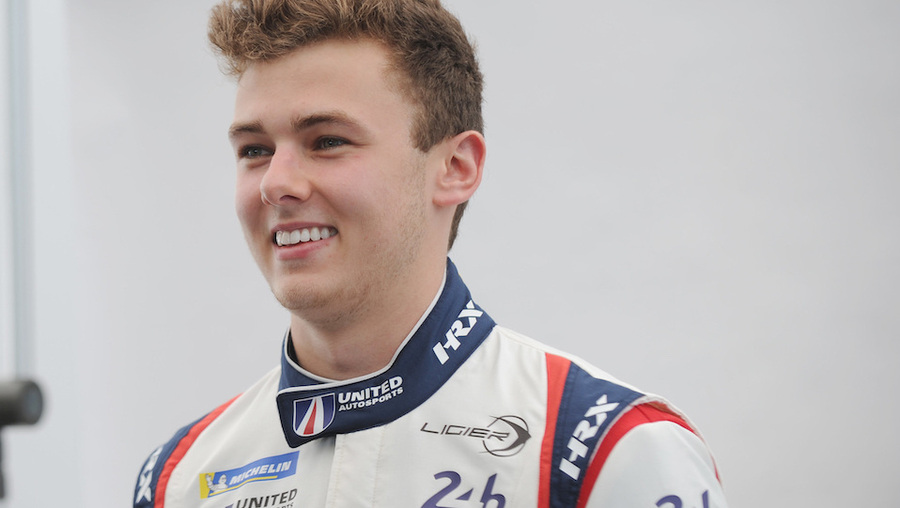 I’m back home for a few days now before jumping back on the EuroStar to Le Mans on Sunday as our scrutineering is scheduled for Monday afternoon. So, looking back at the test day, it was generally good. We were able to do most of the running we wanted and were very happy with the test. We did what we needed to do in terms of car set-up before we run again next Wednesday in practice when we’ll be attempting to fine-tune the general balance of the Ligier.

It was important to get a good feeling of the track although I was out first thing on Sunday morning when the test began and the track was unsurprisingly very ‘green’, generally dirty with no grip in other words. So it was a bit tricky to jump back in to the car in the afternoon and readapt all my references, but by the end of the afternoon I had a good feel for the car. It’s vital to already be in a good window and very close to our base set-up.

When I was in the car last Sunday, there were a lot of delays with yellow flags and slow zones. It’s just how it works and we will get a lot of that next week in the sessions and then, of course, in the race itself, so it’s good to experience these caution procedures. The negative was that we lost a little running time but it was the same for everyone else.

I shook down the #22 Ligier last Tuesday on the Bugatti circuit at Le Mans. The team stripped the car after the test and fitted our race engine, gearbox, suspension and brakes. Everything performed and worked okay although the track was wet with showers. So the United Autosports guys now switch everything back to the test components for next Wednesday’s track action. This is done so we can be sure and comfortable with the mileage and all the parts of the car that we are able to have good reliability in the race.

If you’re heading over to Le Mans, safe travels and enjoy the unique atmosphere!

“Looking back at the test day, it was generally good. We were able to do most of the running we wanted and were very happy with the test. If you’re heading over to Le Mans, safe travels and enjoy the unique atmosphere!”