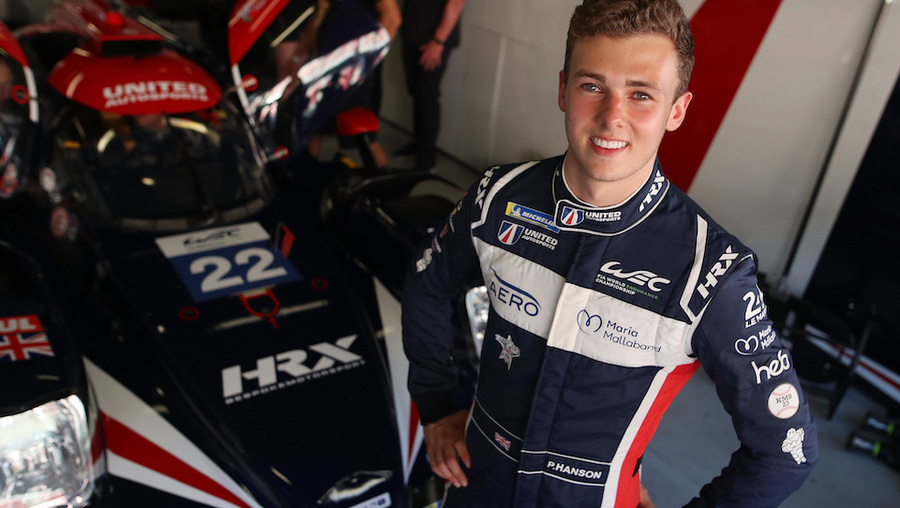 It’s been an interesting and hectic few days in Barcelona which included the third round of the European Le Mans Series and then the 2019-20 FIA World Endurance Championship Prologue. The writing was on the wall for us after the ELMS free practice sessions on Friday: it was going to be tough, in fact, very tough. We couldn’t sort the balance of the Ligier and that continued, unfortunately, into quali. Nevertheless Filipe did a great job to get our oversteering Ligier into 13th on the grid. The United guys made changes to the car before the race start which definitely improved things but was still not 100% ideal.

I took the start, as usual, but the car in front of me didn’t get away as quickly and having lost my pace as I came back through really quickly and cleanly, leaving as much room as I thought I possibly could in T10, I was hit. That car, and three others, gained which meant I had to come back through once again. As I did, one of the cars went off at T3 and decided to re-join the track in front of me at T4, and just turned in to me. I tried to back out but by that point I was still half a car length alongside and we touched.

The collision took off one of the dive planes on the front nose and by the time we replaced the front end with an early pit-stop, tyre damage had already been done. I pushed as hard as I could and got some good pace but the tyres were shot. I’m amazed that there was no action taken.

I was back in for the final two stints after Filipe. I enjoyed setting some good lap times and the performance was satisfying in terms of there was absolutely nothing left in the car. Seventh place was the best that Filipe and I could achieve, once again finishing the highest-place Ligier. We left nothing to spare – it was maximum attack with what we had for four-hours.

I spent some of Sunday on the beach, reflecting and also looking ahead to the WEC Prologue. Our new ORECA arrived at the track on Sunday and Paul [Di Resta] joined us from his DTM commitments. Monday was about seat fittings, engineering briefings, and official photoshoots, so the track action started on Tuesday, two sessions that day and another two on Wednesday and we had a really good two days of testing clocking up almost 250-laps or a little over 1,100kms. I thoroughly enjoyed driving the new car. It was really good to top the timing on Tuesday and second quickest in the final test on Wednesday especially considering both days were essentially a shakedown.

We can only get better as a team learning the ORECA but so too I’m sure will the other ORECA teams when they head to tracks they’ve previously raced on. We will just have to play that as it comes. We are definitely starting on the back foot in the WEC visiting some tracks that, for example, Alpine have been to for three years and, know the cars and the set-up inside out up. It was satisfying at Barcelona to see the averages of Paul, Filipe and I which was right up there so everything is looking good and positive.

It was really nice to drive such a compliant car. So, we’re all very excited looking ahead to Silverstone WEC and the season to come with high hopes for top results.

It was really nice to drive such a compliant car. So, we’re all very excited looking ahead to Silverstone WEC and the season to come with high hopes for top results.