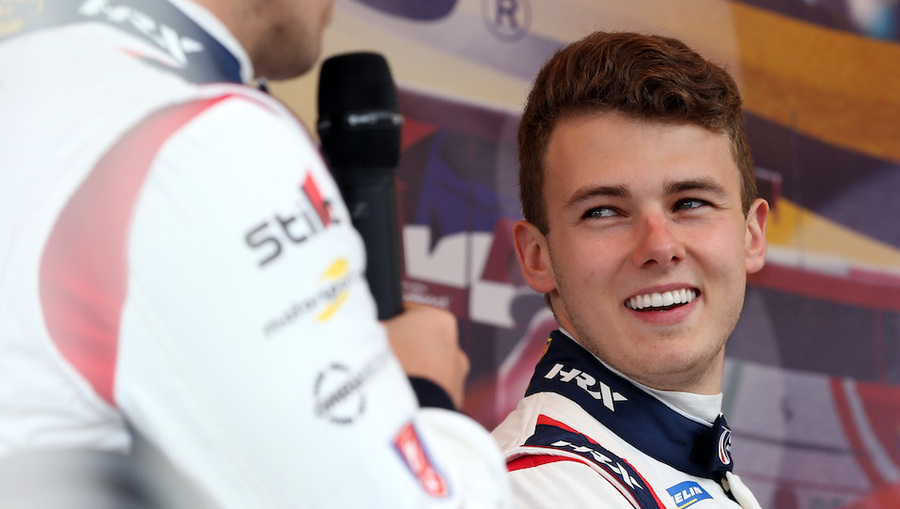 I’m already focussing on Barcelona ELMS next month and of course the 2019-20 WEC Prologue straight afterwards, but let’s look back on the long week at Le Mans where we achieved a solid fourth place and ninth overall.

So let’s reflect . . . We had scrutineering on Monday afternoon in the town centre, not the best weather for it but we survived. We had meetings on Tuesday before Practice which started on Wednesday – for four-hours. There were three sessions of qualifying, Wednesday 10pm until midnight then on Thursday, 7-9pm then 10pm until midnight again, so by the time we got back to the hotel it was the early hours of the morning for two consecutive days. Quali was actually very good but as past experience has shown, it doesn’t really make any difference or have a bearing as to how the 24 hours may go.

Being at the front for the first hour has no real relevance to the 23 hours that are going to pass by after that apart, I guess, you’re not starting down where there could be contact to ruin your race in the opening corners.

Essentially it is only really where you are placed in the last hour on Sunday afternoon that really counts. But it was nice to be near the front of the LMP2 field, Filipe having done a fantastic job, setting a good time on Wednesday before improving again on Thursday. But at the same time I wasn’t getting too excited . . .

We had the town centre driver’s parade on Friday afternoon and into the evening which is always heaps of fun with big enthusiastic crowds lining the streets that we are driven down in vintage cars.

Warm-up on raceday is at 9am so you need to be at the track in pretty good time to beat the traffic queues. Grid presentations begin what seems like an age before the scheduled race start at 3pm.

So we began the race just wanting to stay clean and get through the race the best we could. Like in single lap qualifying, we could not match the opposition on sheer pace, the race would need to come to us if we were to achieve any kind of result.

And come 3pm on Sunday afternoon it was P4 in LMP2. I have to own up as to feeling a bit disappointed at the time because last year I think we would have had a third, and this year we found ourselves in a situation where we were making up positions when competitors hit trouble as opposed to us climbing the leaderboard due to our own pace, which we lacked compared to our rivals.

It’s a bit disheartening because waiting on positions to come to us from others making a mistake, rather than us actually going forward and attacking, is not particular satisfying. It was a tough race in that respect. But these races build character and when we finally do get the results we are looking for I think that will be more rewarding.

Our only real issues were the drive through for Filipe, costing around half a minute, and the glass coming out of the door. Fitting a new door was very tricky and it took about three minutes. In other words close to a lap . . . Oh yes, we lost out on third place by a lap!

But reflecting on the result in a more positive frame of mind, fourth place is my best result yet, which is pretty good. Filipe, Paul nor I didn’t really have any contact with any of the 60 other cars. We lost a dive plane but that happens. Generally it went very smoothly.

The team did an excellent job with the car because the reliability has been there for three years and there isn’t much more we could find. That said, I am sure we will come back next year in a better, more competitive scenario. We will be stronger because every year we seem to improve.

But now my mindset is on Barcelona where Filipe and I must post a strong result.

“Reflecting on the result in a more positive frame of mind, fourth place is my best result yet, which is pretty good. Filipe, Paul nor I didn’t really have any contact with any of the 60 other cars. We lost a dive plane but that happens. Generally it went very smoothly.”