A MIXED DEBUT WEEKEND AT THE ROLEX 24

It was a weekend of mixed emotions at Daytona. Although the #23 car ended up registering a 13th in class, we were running with the leaders for the majority of the race before a few unlucky incidents.

The atmosphere around the track on race day was incredible with lots of fans arriving early. Fernando started the race and made some great progress early on. Lando and myself watched the start from our pit-box. I took over from Fernando about two hours into the race. It was pretty busy out there with the massive 50-car field. After four hours we were running in second place, making a huge push for a podium position but while I was in the car at around 10pm, having taken over from Lando an hour or so before, the Ligier suffered a right rear puncture. And despite slowing down to a crawl driving back to the pits, the rear bodywork was getting ripped by the flailing rubber carcass, so the guys had to change the rear deck and also the tail itself which had picked up damage.

Fernando took over from me and had brought us back into contention before a brake issue around 1am meant 40 minutes back in the garage. We had a few more niggles meaning we lost more time which was massively disappointing but these things happen. But all in all - we definitely had loads of positives to take from the weekend, and had it not been for some unfortunate time-costly issues, we could have picked up a decent position – a top-five or maybe even a podium.

A big positive for me was learning from Fernando. Being around a driver of his experience and quality was incredible, I just hope the younger side of the team kept your standards just as high as they’ve always been! I am leaving Daytona with great memories and a lot of things I have learned. I want to say huge congratulations to the #32 crew of Bruno Senna, Paul di Resta, Will Owen & Hugo De Sadeleer, who ended up 4th overall. Amazing result guys, well done! And sincere thanks to everyone at United who have been working incredibly hard in recent weeks on our Daytona programme.

I’m already looking forward to the rest of 2018, which has just got a whole to busier following the announcement on Friday that I’ll be doing three more IMSA WeatherTech SportsCar Championship races in addition to ELMS & Le Mans races we’d already scheduled in. It’s definitely an exciting time to be part of the United team!

It’s been great to start my racing year off at such a prestigious event. The racing has been fantastic. It’s a short track compared to somewhere like Le Mans which means you’re kept busy behind the wheel all of the time lapping traffic. A 24 hour race is a tough event so to start 2018 off with one it gives me a good taster for Le Mans and the other longer distance races I’ll now be doing this year. I’m really excited to be racing in the U.S. as well as Europe this season. The atmosphere at Daytona has been incredible and I’ve been told that Sebring, Watkins Glen and Petit are all very challenging tracks and also attract big crowds so it should be really good fun. With seven races in Europe and now four in the U.S. combined with testing, 2018 has suddenly become very busy for me but I’m so looking forward to the next nine months.

A mixed debut weekend at the Rolex 24 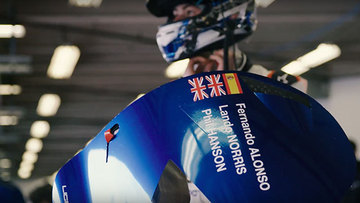 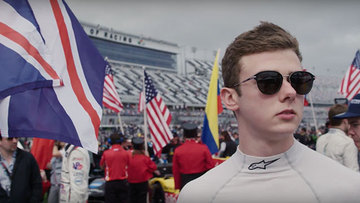 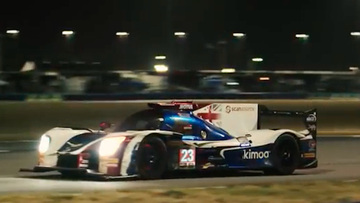 HANSON SHOWS NO SIGN OF SLOWING DOWN IN THE FAST LANE