A GREAT ACCOMPLISHMENT IN A VERY DIFFERENT TIME 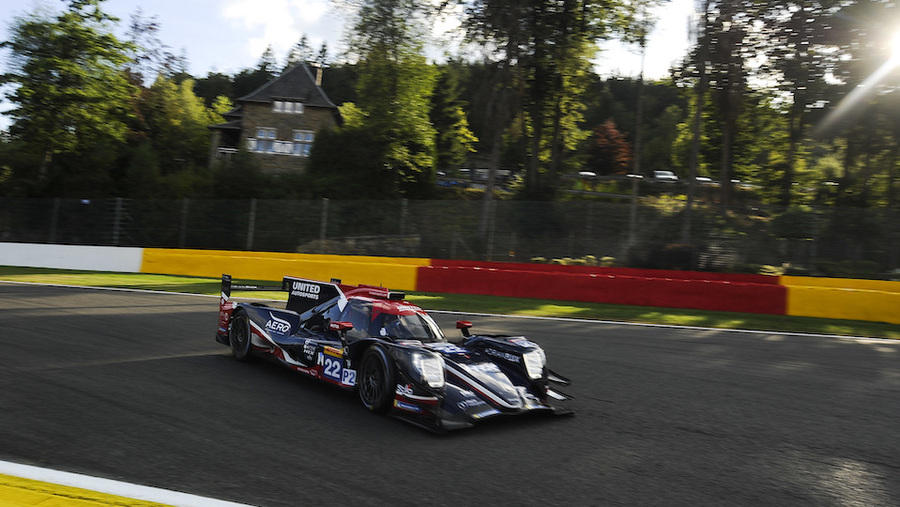 Just home after an amazingly successful time in Belgium. Two wins in the space of six days. We now lead ELMS and have extended our WEC lead. A great accomplishment in what is a very different time.

Three races in after the enforced break due to the Coronavirus, and the paddock still seems a strange place to be in due to the necessary Covid restrictions. You feel quite isolated being restricted in your team’s ‘bubble’ during the race weekends. The only time we come across anyone else is in the Drivers’ briefings but even in those, we’re social distancing. It’s the new ‘norm’ for the foreseeable future so it’s a case of getting used to it.

My first race after the 21-week lay-off after the WEC race at CoTA, was Paul Ricard ELMS which was a good weekend all in all. Ricard has never been my strongest circuit, one that I like or enjoy that much either.

Filipe put our Oreca on pole by over two-tenth’s of a second and in my first stint at the start, I was strong because I was out at the front and was able to pull away through traffic. But then I had 2 laps of traffic that was less than accommodating at just the wrong time which allowed the others to catch me and slip ahead due to a massive tow they got down the straight. We were still very much in the hunt, in third place, and then it was a gamble on strategy from then onwards, taking advantage of any Full Course Yellows or Safety Car periods with pit-stops.

A Safety Car brought us all close together, allowing us to save fuel which put us on a race winning strategy, and after a very strong stint from Filipe bringing us up to second, I then had my strongest stint, a double one in the race. We jumped the ‘sister’ #32 United Oreca due to a strong out lap from me on new tyres, and I was able to create a small gap over the course of the next stint until we then boxed again and with no more stops left, with the win pretty much in our sights and only 30 minutes to go, we suffered a puncture.

We took the flag 4th, which converted to 3rd after a post-race penalty for another car, which I think, bearing in mind we had a puncture, was pretty good. If that’s going to be the worst result of the year, then that’s fine by me!

Next stop three weeks later was Spa for the second round of ELMS, which was actually my 50th race in car racing since stopping karts in preparation for the 2016 season.

It was a very good weekend for us. We maximized the points with pole, by over half a second, a win and I got fastest race lap for good measure. For me, it was retribution from Ricard that wasn’t the fault of the drivers or the team. Our #22 Oreca was strong throughout the whole weekend in FP1, FP2 and quali.

My first couple of stints weren’t ideal with Safety Cars coming out and collapsing the small lead that I had built up. We were also focussed on looking stronger towards the end of the race as we had saved our new tyres for then. In the end, we didn’t have to use it as the G-Drive car, which was pushing hard to keep out in front, crashed. It’s not the way we like to win races but at the same time, we think we were looking good for the last stint with how our strategy was panning out.

It was then a case of staying at Spa for a few days after the ELMS race before we were back in WEC action for the first time since February! We began quali on Friday evening looking to claim our sixth consecutive top-three WEC LMP2 grid slot and I combined with Paul [Di Resta] to achieve that – the second time Paul and I have taken a WEC pole.

It was a good race for us to come away with a point for pole and the maximum points just like the weekend before in ELMS, and was the best we could have hoped for concerning our championship efforts. It was a very eventful race with torrential rain, then drying out, then torrential again and finally for me drying out towards the end.

For me, in my stints, I had a fair share of the bad weather and mixed conditions including being behind the Safety Car in the torrential weather. I was pretty conservative in the drying conditions knowing we were in the hunt for valuable championship points and I didn’t want to make any mistakes. Once it dried to a level which was comfortable, the pace was there.

In general, it was a faultless race from both the team and us three drivers. We didn’t make any mistakes, which a lot of other cars did, and that’s crucial when you’re focussed on the championship. It’s about winning races without issues, consistency of pace and having every element of the team, drivers, car, reliability, pit-stops, all working as one in unison - I suggest that’s what we had at Spa.

So I will head to Le Mans next month with a 22-point lead in the LMP2 Driver’s Endurance Trophy, Paul having missed Japan is 15-points behind us pair. But with 50-points up for grabs to the winners, everything is to play for!

It’s about winning races without issues, consistency of pace and having every element of the team, drivers, car, reliability, pit-stops, all working as one in unison - I suggest that’s what we had at Spa.