2020 LIKELY TO BE MOST IMPORTANT YEAR OF RACING YET 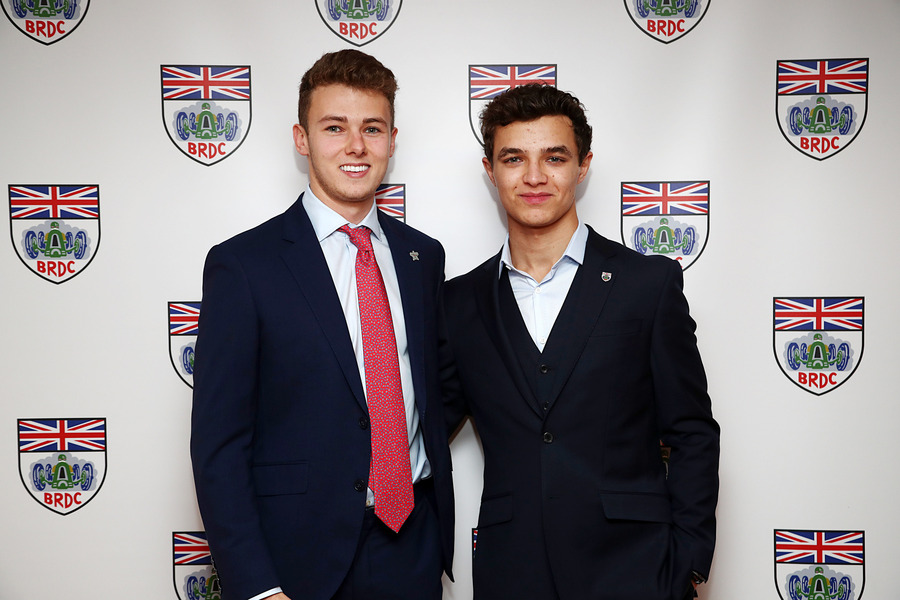 “Before heading to Bahrain, I headed to London and the BRDC Annual Awards where I met up with friends and fellow drivers including Lando Norris who I shared a car with at Daytona two years ago. I gave him a bit of a ribbing about the fact that Alex Albon had been voted Rookie of the Year at the Autosport Awards. I actually tweeted something out. But seriously, it was good to see him again and he’s had a great maiden F1 season.

I arrived in Bahrain on Tuesday evening, our hotel kindly doing a Fire Alarm test at 0800 for almost an hour the next morning. I was looking forward to racing at Bahrain for the first time and I wasn’t disappointed with the facility when I did the track walk on Wednesday.

FP1 was predominantly about me learning the track and also the tyre degradation as this track is very hard on the rubber. I did a new tyre run in the night session but didn’t really optimise them at all. I made a mistake in the first sector but Paul, Filipe and I were nevertheless really happy with the car and Paul and I went on to record United’s first WEC pole on Friday. It was really good. Paul did a great job and that’s what got us through qualifying. My lap would have been competitive but the third sector was heavily compromised by a Toyota that was ‘parked’ in the middle of the track going very, very slowly.

I was surprised that with two mirrors and a video camera, and on a straight, he couldn’t have seen me coming on a ‘push’ lap with me flashing my lights. He was indecisive at the point of decision-making whether he was going to let me past or speed-up and he did neither, just sat there in the middle of the road. Data showed that I lost over 0.5s. It’s just not nice not being able to get your lap clear especially when there’s not that many cars on the track and you’d think an LMP1 driver would have known the difference by now. But it was nice to have finally got pole.

Although the race started at 3pm and sunset was before 5pm, you can’t really consider it as night racing because it’s so well-lit with massive floodlights all around the track. I took over from Paul who started and my first stint was strong. I jumped in knowing we had to manage the brakes by lift and coasting in three areas. It was just a question of managing that and also the tyre wear. I was happier the second time I went in the car which was on fresh tyres, carrying my set over from quali, so a good clean set but not quite at the peak of a new tyre. I didn’t really have to worry too much about the tyre deg . It was a very quick stint with good competitive averages compared to Anthony Davidson who was out at the same time. 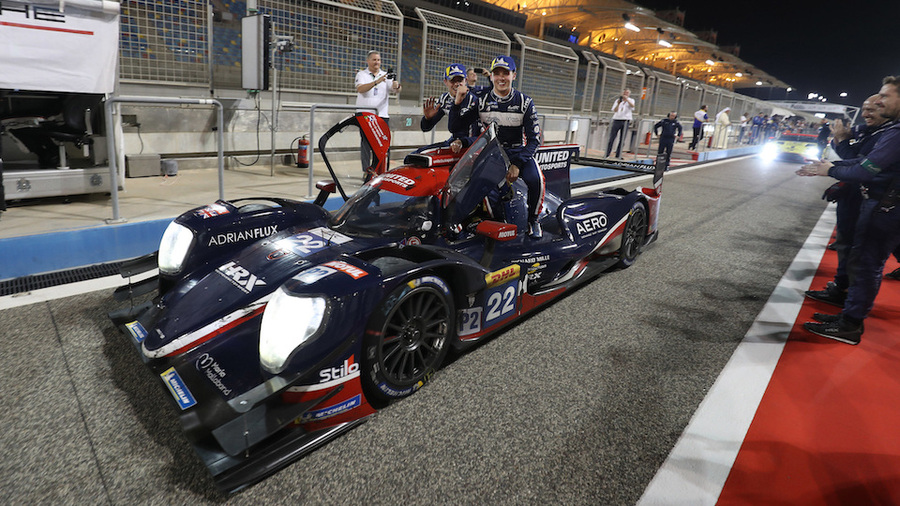 It’s of course very good and great to get our maiden WEC win under our belts. My first win in a World Endurance Championship race has been coming since the start of the season at Silverstone. United has provided us with a fast car. We’ve worked hard as a team in setting-up the Oreca to what seems to be a very competitive platform but we had technical issues and niggles until now so Bahrain was always the one that we needed to win to claw back some points against the others and bring us back into the title hunt which our win has done.

It’s going to be the biggest break in the WEC season now, over two months before the next race at COTA, so I’m going to stay active and focus on my training. It’s always typically the off season when you push hard and try and make some ground on your training. Throughout the year I just maintain and prevent injury with strength conditioning and endurance stuff. But I am also looking forward to the time off and the winter to be at home in England no big trips planned, maybe see some friends and get into the gym which I am enjoying a lot more recently, so I am looking forward to making up some ground, some headway on my fitness and hopefully I will enter COTA in the best shape possible to start what is likely to be my most important year of racing yet. Happy Christmas guys and a prosperous New Year!

We’ve worked hard as a team in setting-up the Oreca to what seems to be a very competitive platform but we had technical issues and niggles until now so Bahrain was always the one that we needed to win to claw back some points against the others and bring us back into the title hunt which our win has done.